Steelpointe Harbor experienced continued forward momentum in 2018 on a project that started physical construction in 2014. The construction has been steadily making progress.

It seems like it was only yesterday, but Bass Pro Shop, Chipotle, T-Mobile and Starbucks opened on Steelpointe in late 2015.

Bridgeport Landing Development (BLD) is currently constructing the 48,000 sf DockMaster Building on the Steelpointe waterfront, and in 2018 received a Certificate of Occupancy for the building.

Since BLD began, the peninsula has been raised about 8’ in elevation. A new waterside bulkhead has been installed and new roadways have been built to provide the necessary linkages for a project of this size. BLD installed all new underground utilities so that the peninsula will be resistant to future sea rise, hurricane winds and crashing waves.

This is the continuation of a process that began in December 2011 when the Connecticut Department of Energy and Environmental Protection (DEEP) approved a permit giving BLD the authorization to make some key changes. This involved the removal of derelict structures including 1,500 old wood pilings, perform near shore dredging to create a uniform bottom depth, install a new bulkhead and install a 250-slip marina at Steelpointe on Bridgeport Harbor. Best practices and FEMA required that we raise the existing land elevation. Our permits allowed the dredge material to be used as upland fill enabling BLD to begin the creation of a public access boardwalk and a 15,000 sf tidal wetland. The Army Corps of Engineers issued their permit in January of 2012 allowing the actual construction of the sheet pile bulkhead, the public access boardwalk, and the dredging to proceed.

The Steelpointe Harbor Marina will be open and operating for the 2019 boating season.
The transformation of Bridgeport Harbor from an old and abandoned industrial harbor to a new, modern maritime entertainment and recreational destination has begun.

The Boca Mediterranean Restaurant on Steelpointe will open in the Spring. With the opening of this new waterside 10,000 sf restaurant, families from throughout the region will have a new destination for dining, shopping, and boating.

Construction of the Harbor Walk will continue through 2019. When completed, the Harbor Walk will give the public full access to the waterfront and connect our neighborhoods to the Long Island Sound for the first time in over 100 years. Residents will be able to stroll along the Harbor Walk while experiencing the fresh salt air and mesmerizing spectacle of boats bobbing in the glistening harbor.

Residential development will begin this year. The first residential building will be located between the Dockmaster Building and Stratford Avenue. It will consist of 200 rental units with underground parking. The first phase of our waterside retail development will consist of 25,000 sf of street-level retail. Eventually, Steelpointe Harbor will encompass approximately 1,500 –2,000 residential units, both rental and ownership.

With waterside and upland residential construction underway, Steelpointe Harbor would welcome another destination entertainment project on the Yellow Mill Channel to our East, consistent with the City Waterfront Plan, designed to attract more people to enjoy the Bridgeport waterfront. 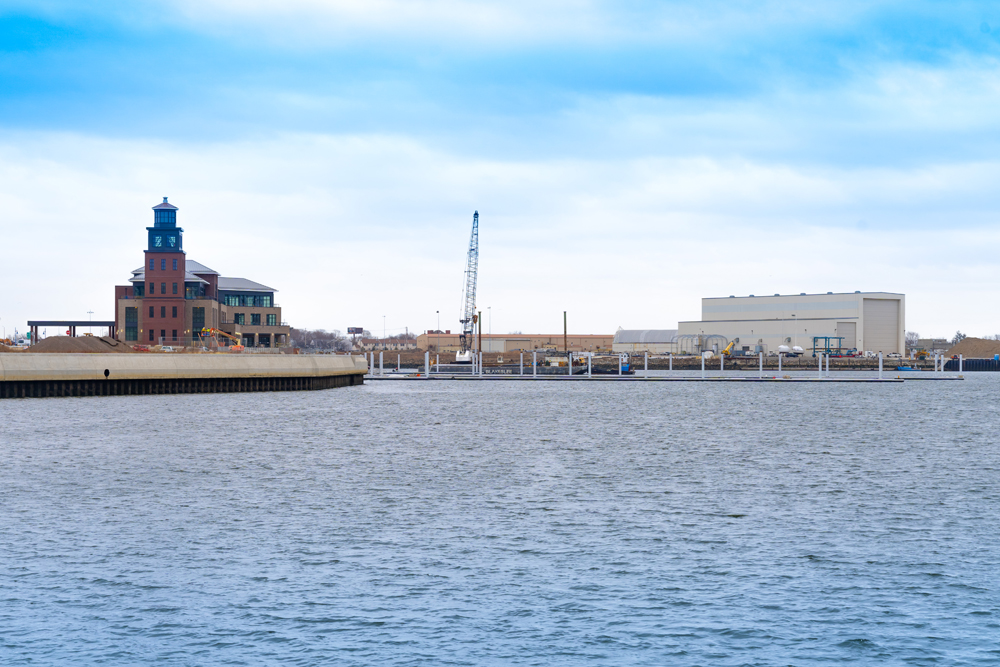 When authorized by the CT State Legislature, a major entertainment destination in the East End could provide 2,000 jobs in the City, as well as stimulate additional tourism and development in the Bridgeport region. 1.4m sf of restaurants, hotels, retail, entertainment and gaming will add additional vitality to the Bridgeport Waterfront and to the region. It will also provide additional revenue to both the City and State. 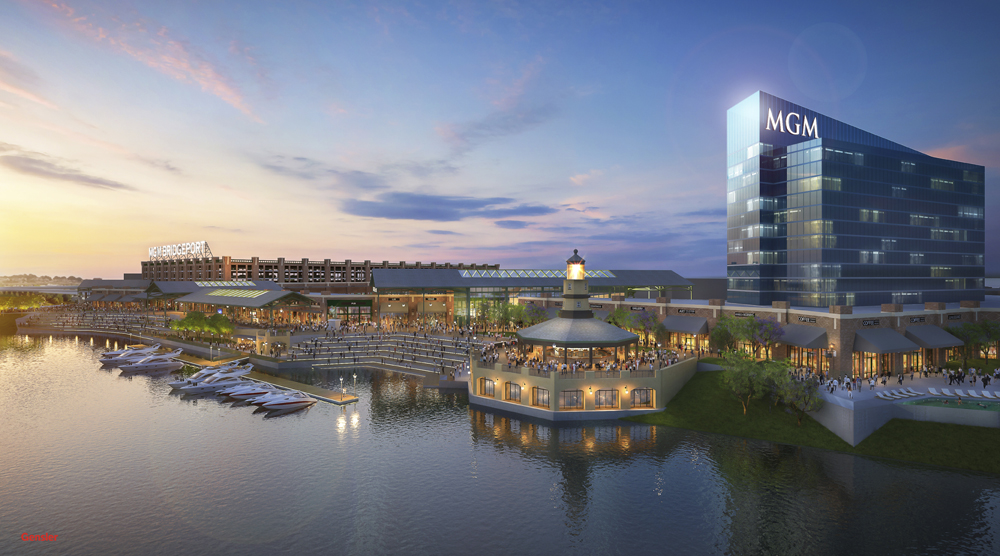 In a sense, this attraction would be a throwback to the days when Pleasure Beach aka Steeplechase Island existed as an amusement park on the Long Island Sound. A destination where visitors from Connecticut and other states once flocked by train, trolley and ferry to enjoy the beauty of the Long Island Sound.