Where did he go… That statuesque looking baseball player, tanned with a Bronze patina, in front of the old Bluefish Stadium?  We’re talking about Orator Jim, of course.  That’s right, Bridgeport’s own Baseball Hall of Famer James Henry O’Rourke, his statue that is, is gone!  Once the statue, bat in hand following through on a swing graced the ballpark, which itself will be gone soon to make way for an amphitheater. 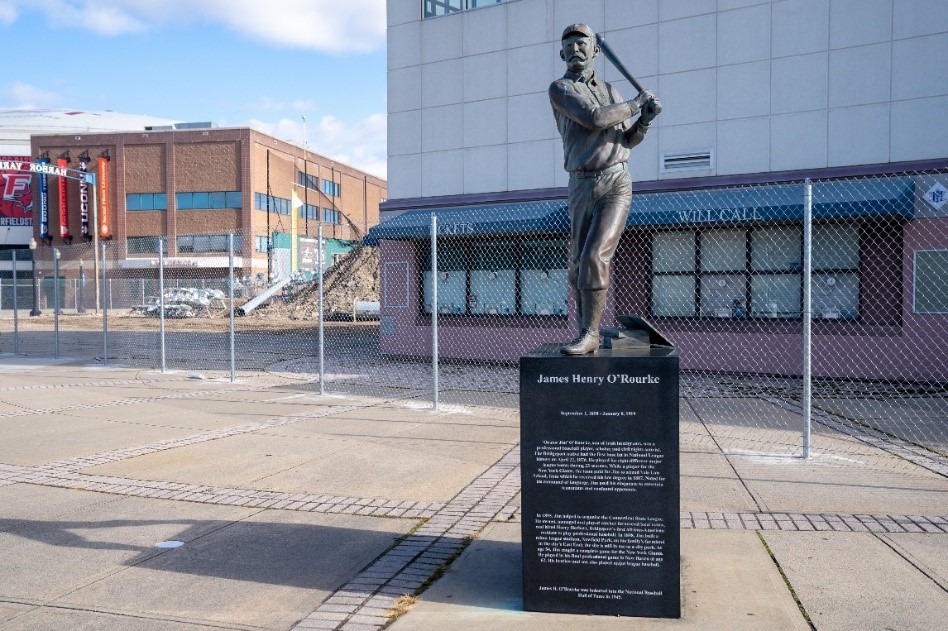 Have no fear, the statue immortalizing the record-breaking player, lawyer, and Bridgeport citizen is not lost.  Actually, he’s safely on his way back home; home is the New Pasture Point in New Field, at least that’s what the colonists called it. Better known today as Steelpointe Harbor, it is the peninsula between the Pequonnock and Yellow Mill River where a great development project is underway.  You may recall his house was the last one left standing a decade or so ago after the lower East Side was cleared for development. 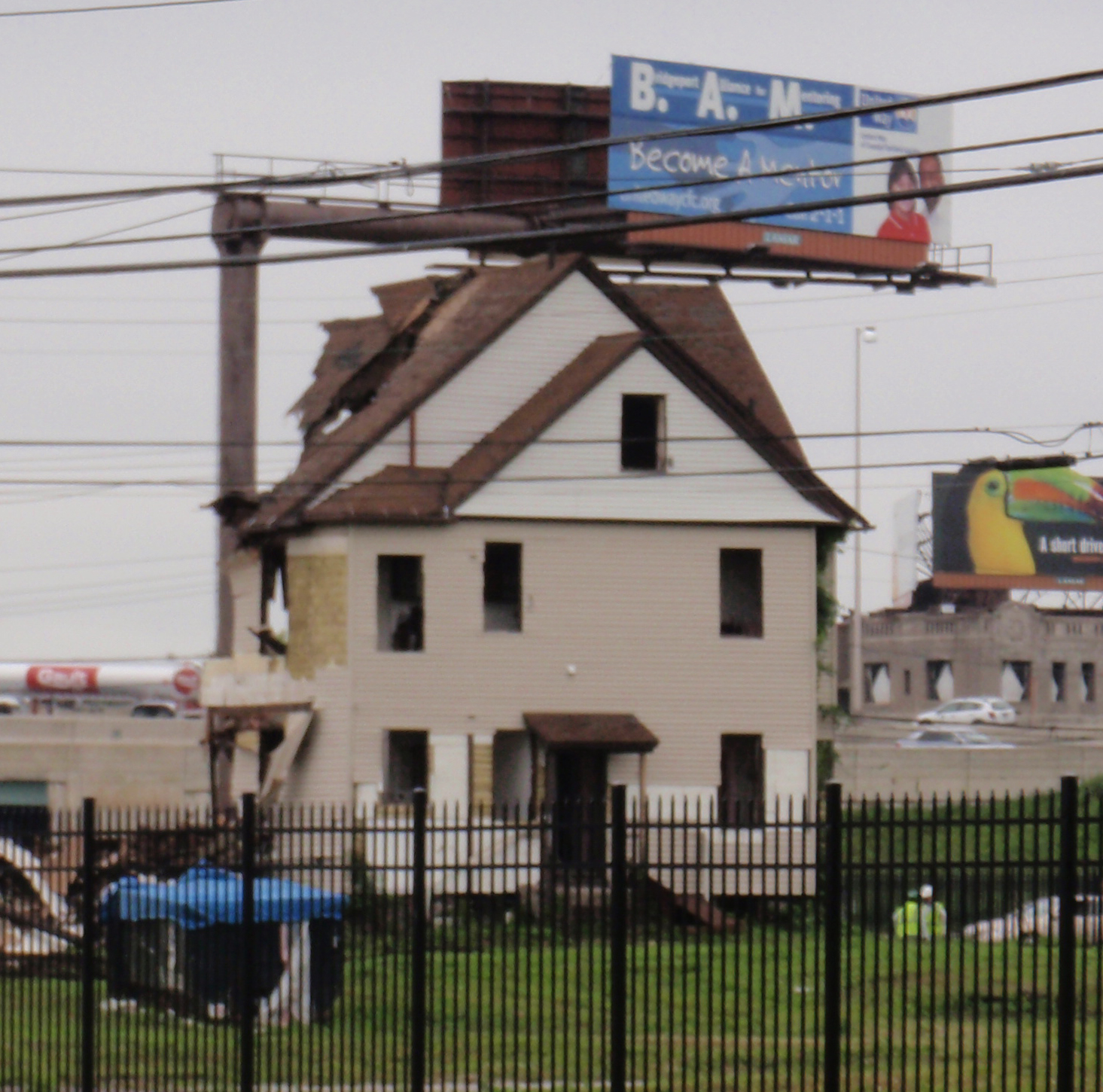 Next year, Orator Jim will be returning to his old stomping grounds on the public Harborwalk overlooking Bridgeport Harbor near the Dockmaster building at the ends of Pembroke and East Main Streets. For now, he has taken an early retirement and is now safely stored away from the mammoth construction machines creating the new outdoor entertainment venue, the Amphitheater at Harbor Yard.

One day real soon James O’Rourke will come out of retirement and again swing the bat towards the Long Island Sound.   And why not;   it was the area where his father bought their farm, where he once honed his baseball skills, and in the neighborhood where the house he built for his family stood until earlier this millennium.   It is certain Orator Jim would have been happy to know that all people will have access to the Harbor and to see his statue.  As he once said, “Baseball is for all creeds and nationalities.” And soon the Waterfront will be too.