Anthony Stewart, founder of Ashlar Construction returned to his roots just in time to help his former neighbors. The neighborhood was suffering from decades of infrastructure and commercial decline and is considered a food desert.

Little did he know when he lived on Davenport Street on the Bridgeport’s East End and went to McKinley School that one day he would come back to the neighborhood as a successful developer to build a 10.4-million-dollar, 32,000 square foot commercial project. 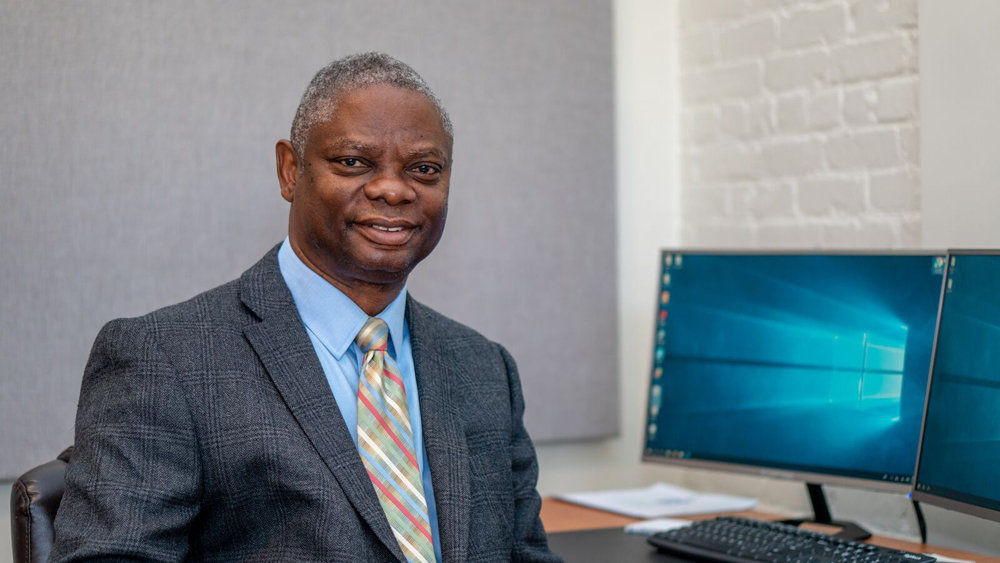 The community needed a library, a grocery store and storefronts for retailers. Fortunately, for Anthony and the community, an opportunity existed on what was called the civic block, a full city block located in the heart of the East End on Stratford Avenue, a major artery. Stewart’s company initially won the bid to build the library and was then selected to develop the rest of the block. After months of working with members of the Neighborhood Revitalization Zone (NRZ) Committee and the City of Bridgeport who paid to remediate the property, Stewart first built the East End Library, which is scheduled to open in the Spring. 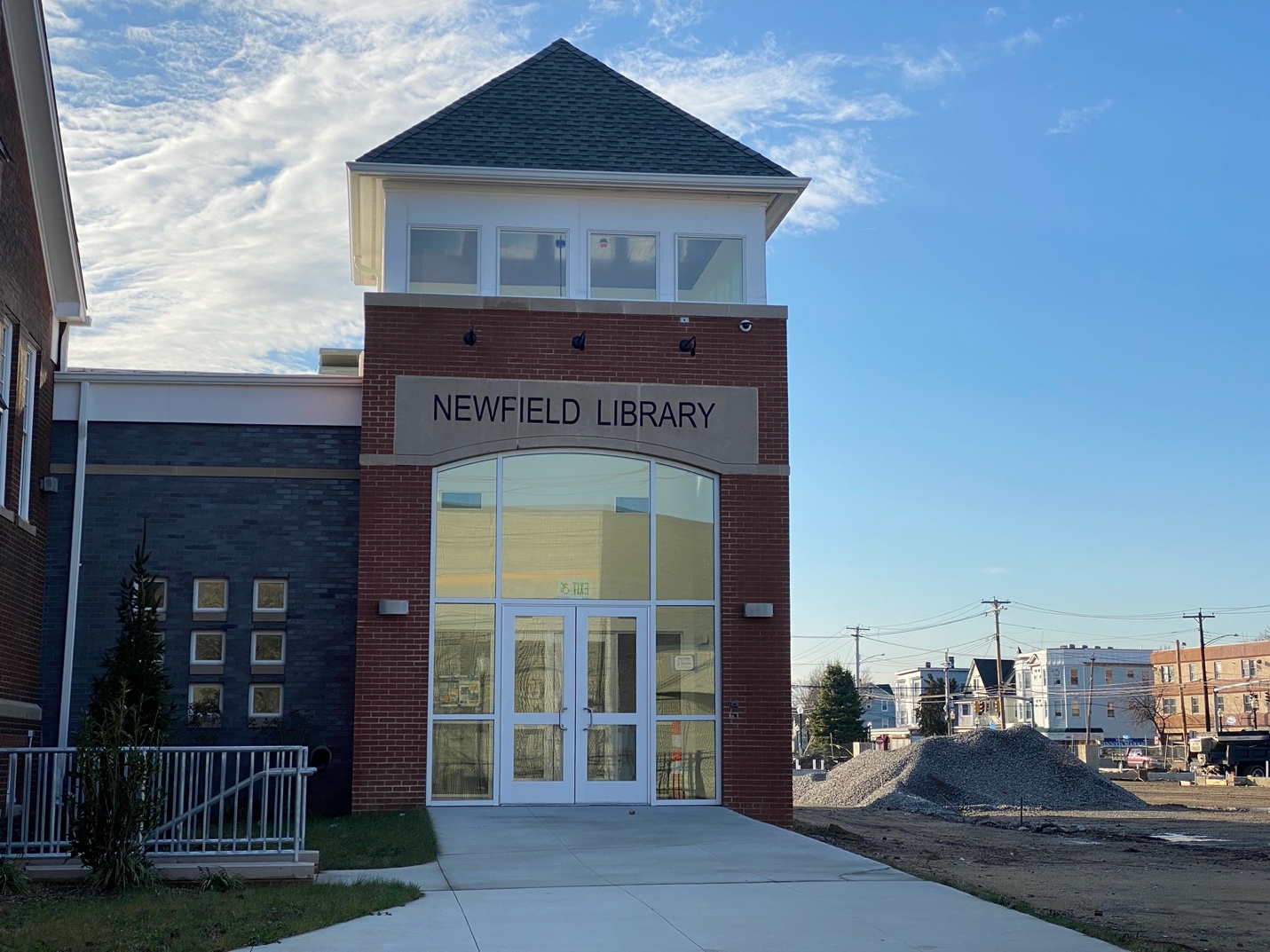 The retail project would need to be funded from a combination of conventional banking sources as well as private funders, including Bridgeport Landing Development (BLD), which was busy just to the west of the civic block creating Steelpointe Harbor, the city’s lynchpin development project on the East Side waterfront of Bridgeport Harbor. “It was important for Bridgeport Landing Development to be involved because they’re my neighbors up the street and I’d like to try to tie all of our work together. We’ve committed $1.4 million to go directly into the cost of construction in order to make this important neighborhood project happen.” BLD President of Operations, Bob Christoph Jr. said. “We couldn’t be prouder of our partnership with Mr. Stewart, a developer who we know is committed to getting it right in his old neighborhood.” 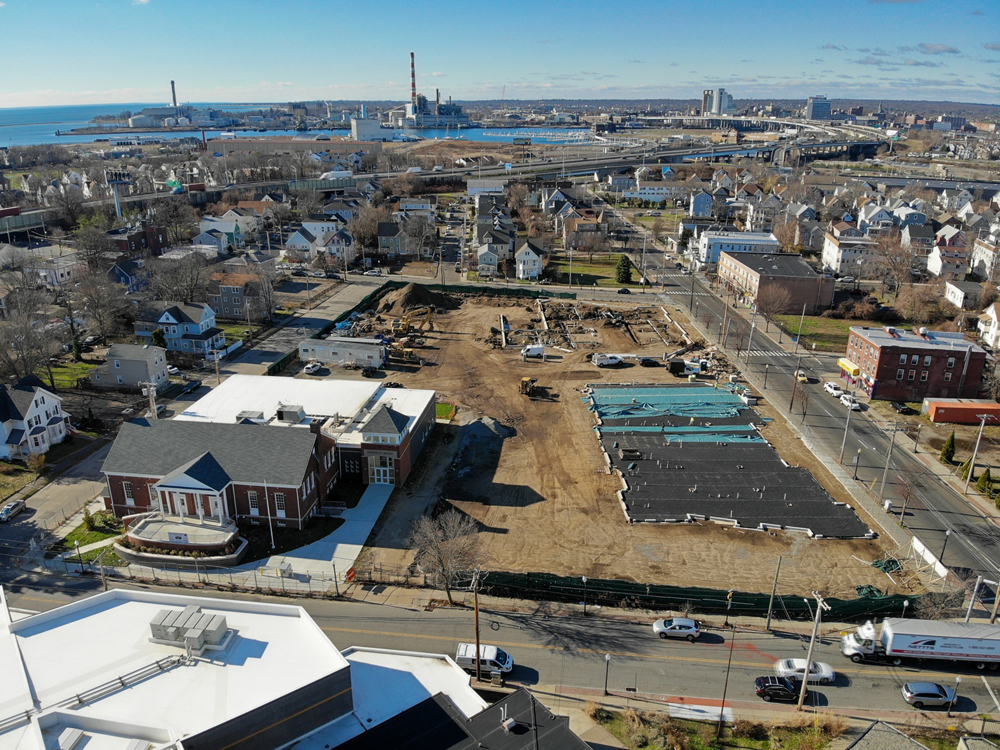 Stewart said he’s calling the development, Honey Locust Square because of the plantings that will grace the project which, along with the grocery store, will have an Optimus Health Care clinic, a restaurant, pharmacy, bakery and other retailers. The development block is bordered by Stratford, Central, and Newfield Avenues and Revere Street, and will also will be the new home of Ashlar Construction. The project is scheduled to be completed in the fall of 2021. Stewart says the project will be urban friendly with storefronts right along the sidewalks of Stratford Avenue with parking in the rear. 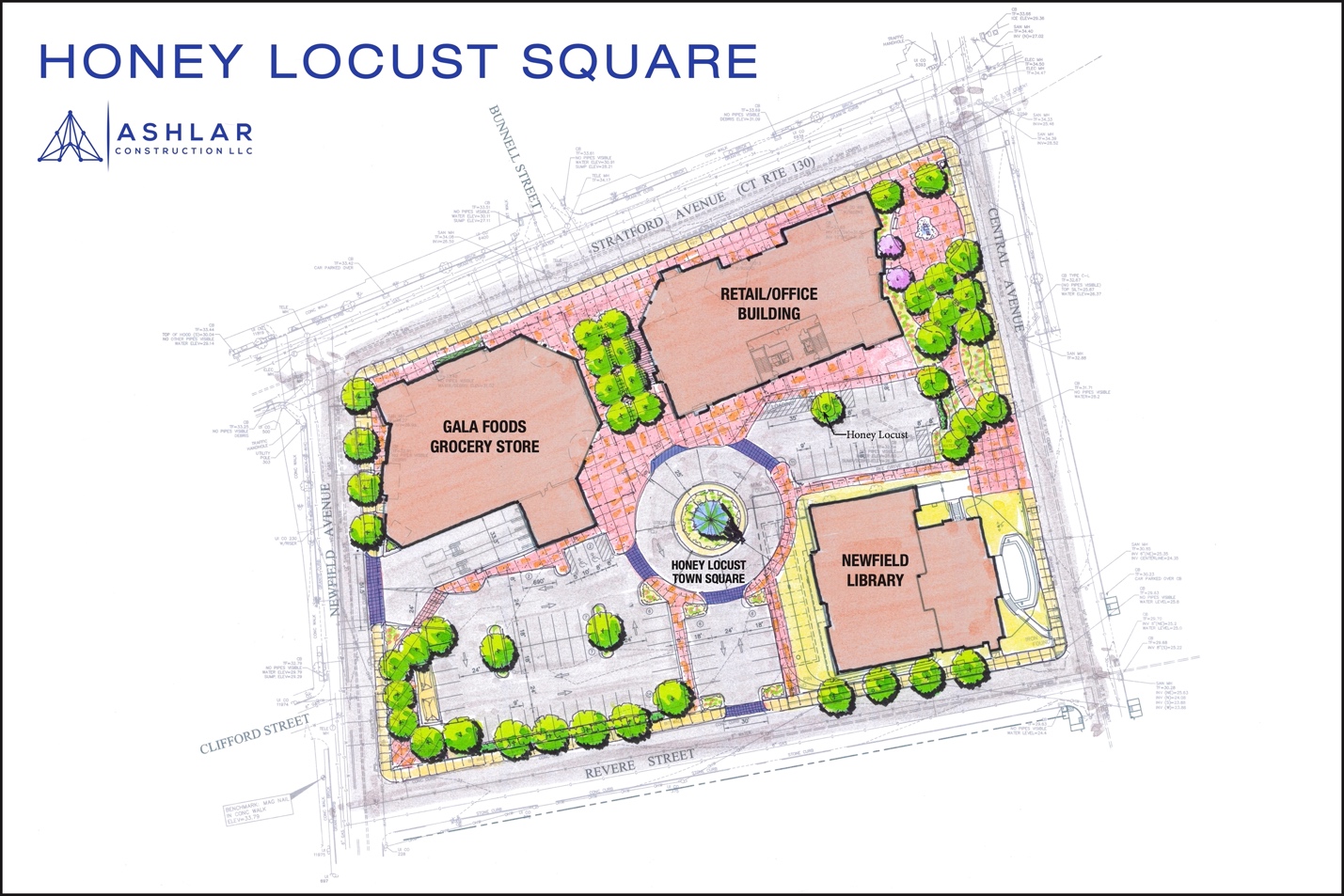 “I am very excited about the project. I’m putting my life savings into making it happen. I’m doing it because I’m from the neighborhood, my mother worked at a local beauty parlor, I would attend the old Newfield library and my father helped build the Ralphola Taylor Center across the street from Honey Locust Square. So, this is my old stomping ground.” Stewart says he’s ready for this project because before focusing his business in Connecticut in 2016, he worked on some very significant development projects such as an upstate New York train station and public-school projects.

Community Activist Deb Sims of the East End NRZ says, “It has been a long challenge but Ashlar is making great progress. The fact that he’s from the neighborhood and hiring local people is good and he’s in contact with the NRZ weekly. We’re happy that after 15 years something is happening.” Stewart added, “I hope this acts as a catalyst that helps change the East End of Bridgeport as it brings back more pride. I want to make a difference. Moving forward I plan to develop more housing, a combination of both affordable and market rate houses to continue developing the neighborhood.” 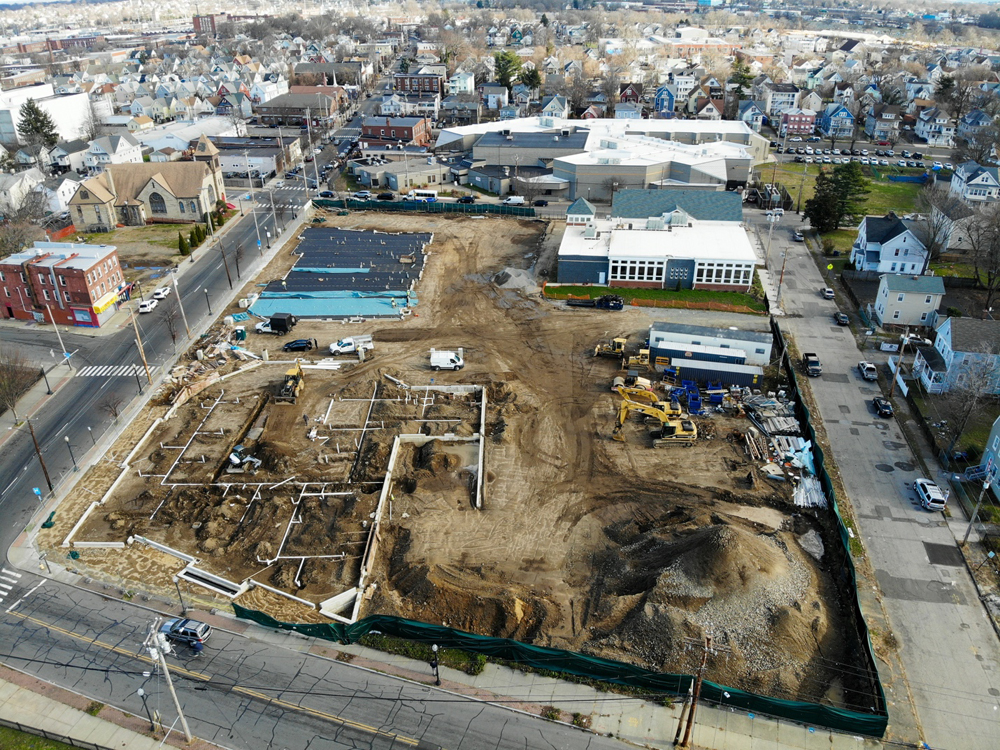