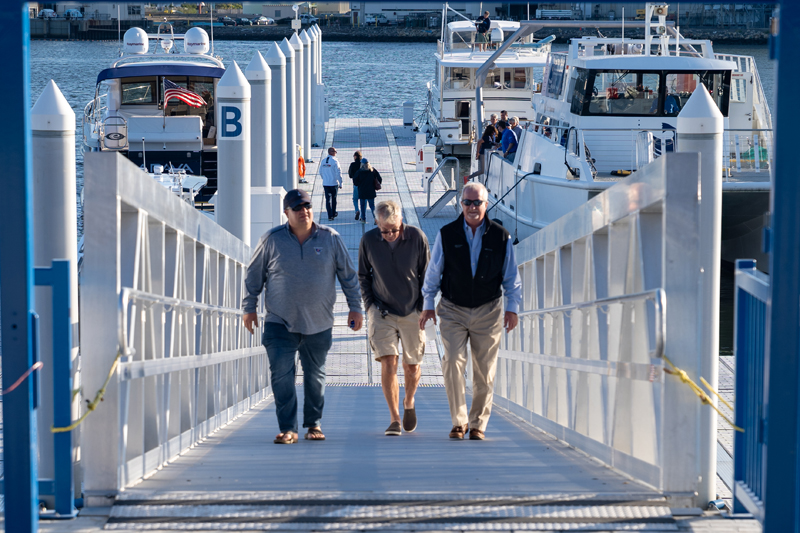 The nearly 80 people who were on deck at Boca Oyster Bar overlooking the new marina’s 200 slips were awestruck by the expansive modern facility. Boaters, marine industry representatives, and project partners were all there to see what Bob Christoph Jr. and his team have created in Bridgeport Harbor. 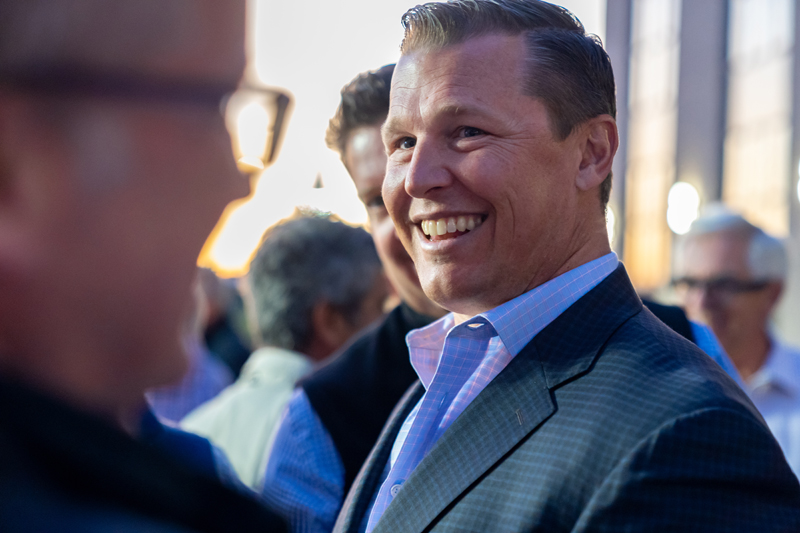 The Marina’s official debut impressed Kathleen Burns, President of the Connecticut Marine Trades Association which represents 350 businesses and 7,000 employees. “We support expansion of the maritime industry, including this beautiful new marina just five minutes from Long Island Sound. It’s great to see the investment which will attract more people to our shoreline, bringing people to Connecticut, including additional workforce.” 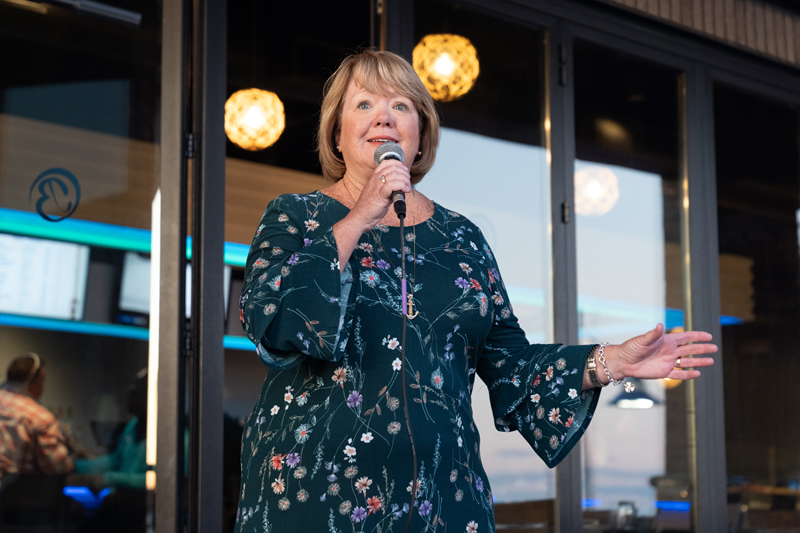 The big announcement came as the sunset lit the harbor in a golden hue. Mike Fonseca, guest speaker, revealed that event marketing company Showpiece Shows and Bridgeport Harbor Marina will host two grand boat shows in 2020; the Steelpointe Yacht and Charter Show May 15th through the 17th and the Steelpointe Boat Show September 24th through the 27th. Fonseca said the May show, “…will be the first private invite only boat show in the country.” 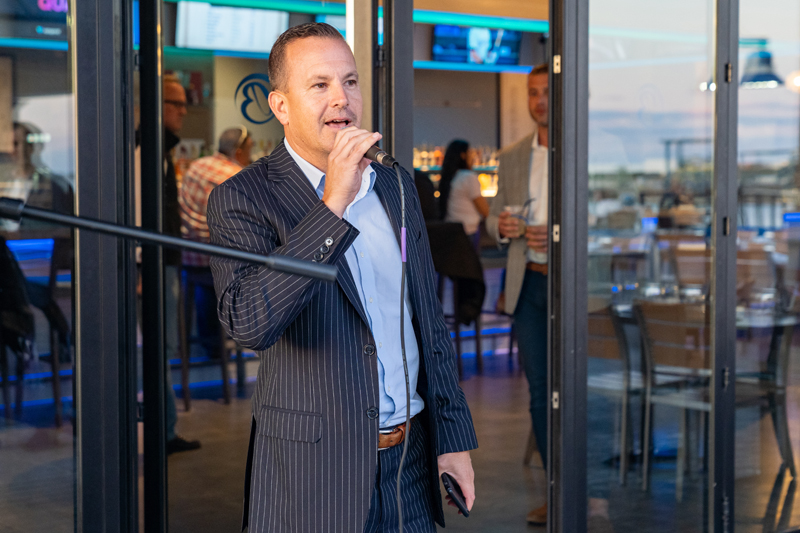 The City of Bridgeport’s Economic Development Director, Tom Gill beamed with pride when he talked about Bridgeport Harbor Marina and its effects on other city development, “When you have developers like Bridgeport Landing Development it becomes contagious and other developers can’t help but recognize Bridgeport’s great features. When people go by on I-95 what they are seeing is our Amphitheater, Marina, and Downtown housing developments. I can foresee visitors having a great time going from their docked boat to this restaurant and to a water-taxi to a show.” 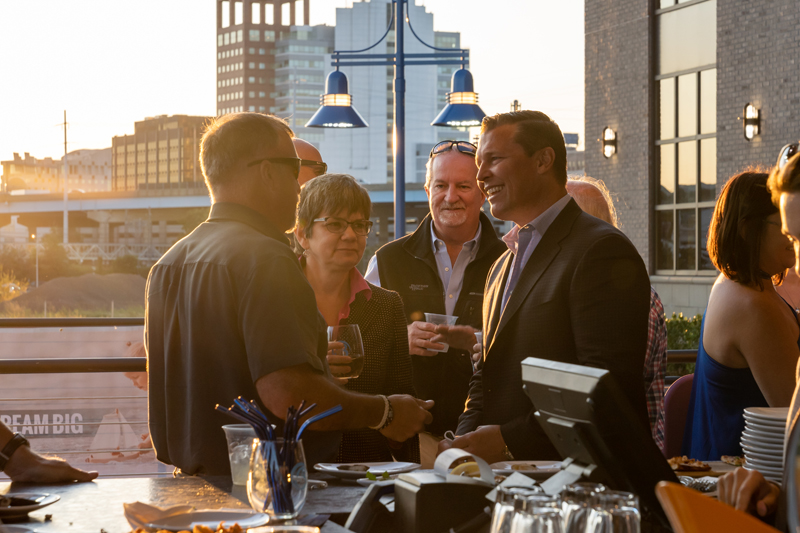 Jennifer Jones of Showpiece Shows says “The Marina is a great location since the airport is only 1 ½ miles away. The sky’s the limit considering Bridgeport Harbor Marina’s proximity to New York.” She added “The lack of marina space in Stamford encourages shoreline development in Bridgeport. Bridgeport’s coastline had been underutilized but now is sure to become a destination.”

Fonseca added “I always thought Bridgeport had tremendous potential especially because of its location between NY and Boston. Its waterfront makes it a great destination venue which will continue to attract investors.” 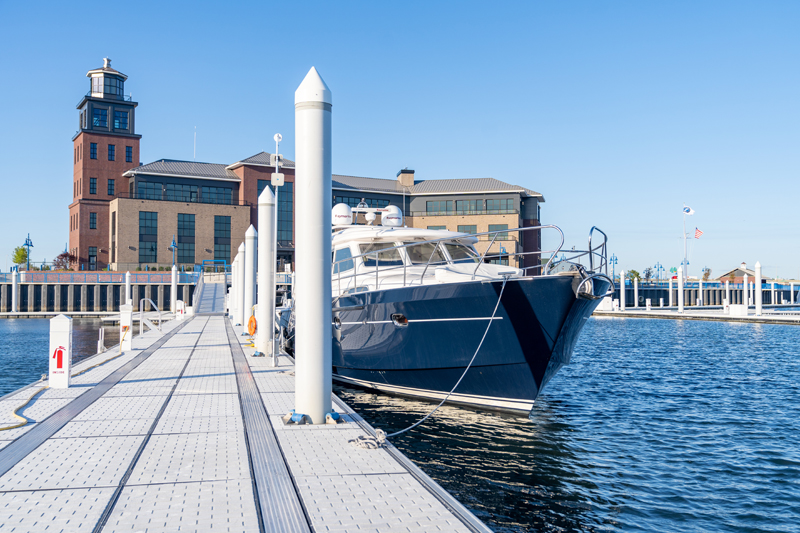