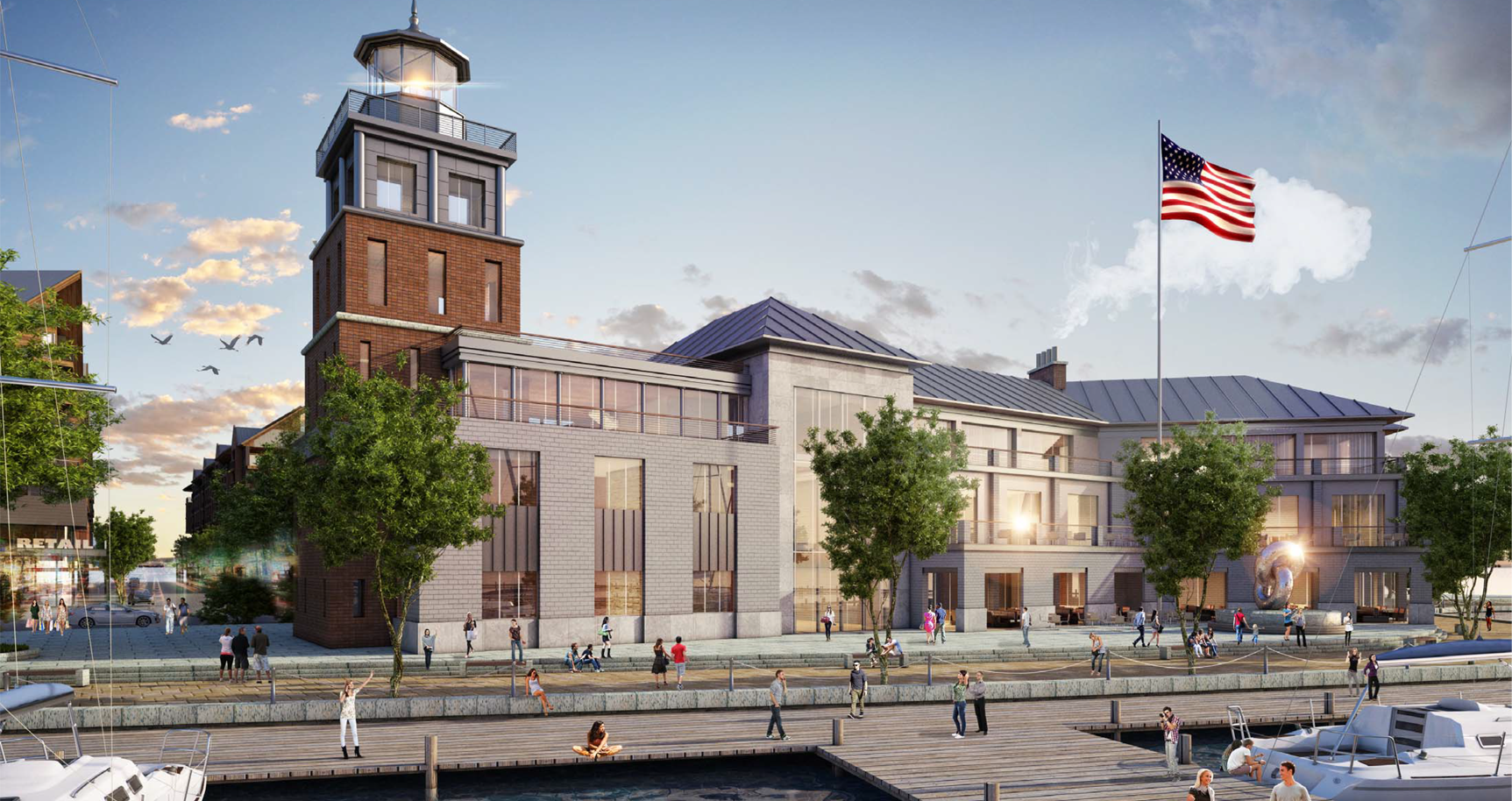 Bridgeport residents won’t have to wait much longer for the newest addition at Steelepointe Harbor to open.

Developers of the project are preparing to unveil the Dockmasters building in May, bringing restaurants, offices and a new marina to the waterfront peninsula

“It’s really been exciting because we have a lot of people that we talked to about coming to Steelpointe,” said Robert Christoph Jr., of Miami-based RCI Group, which has been building out the project with plans of turning it into a new commercial and residential hub in Bridgeport.

The Dockmasters building has been taking form along the water over the past year, following several weather-related setbacks in 2018. This time last year, Christoph predicted that the Dockmaster’s building and restaurant would open by that fall.

Due to code changes, the developer said, the project hit another snag that delayed its debut once again.

“That’s created some hurdles that set us back,” Christoph said. “As of now, things are moving smoothly. We are looking to get open and get operating. We are excited for the season and excited to have people come down and enjoy the waterfront.”

The 48,000-square-foot building will house office space for a marina along with a restaurant and several retailers. Boca Oyster Bar is setting up a 10,000 square-foot waterfront restaurant at the site that will open in May as well.

The eatery will be the fifth business to operate at Steelpointe Harbor and the first to open in three years since Bass Pro Shops opened in 2016. Boca will be based on the ground-floor level of the Dockmaster Building.

Boca will also join Starbucks, Chipotle and T-Mobile stores on a commercial property opposite the sporting goods retailer. Along with Boca, the building will feature office space for RCI Group’s Bridgeport base and marina operation on opening day.

“We are currently looking for other tenants that want to be on the waterfront,” Christoph said. “Once we walked them into the lobby and they see the level of finishes and looking out to the harbor and the marina as a front yard, (you get) a completely different understanding of what it was to what it is now.”

The newly built marina is also expected to open in May, according to Christoph.

The waterfront property features new concrete floating docks and roughly 200 boat slips. The dock will accommodate vessels up to 300 feet, he said.

Developers are already looking ahead to the next phase of projects along the harbor. Christoph said RCI plans to start construction on the first batch of apartments and retail space by the summer.

The mixed-use building will be on East Main Street, Pembroke Street and Stratford Avenue and will feature 25,000 square feet of commercial space on the ground floor and roughly 200 market-rate apartment units.

Renderings of the waterfront site include several high-rise structures that Christoph said are a part of future phases of residential properties.

Steelepointe Harbor has remained a bragging point for the city since it was started. Most recently, it was among the list of projects Mayor Joe Ganim touted during his State of the City address to the business community at the University of Bridgeport on Tuesday.

“This is the kind of new look and feel that we want to bring to our city,” Ganim said.